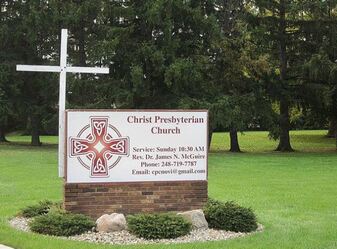 ** Service in person and online starts at 10:30 am on Sunday
Sunday morning Bible Study before Sunday service at 9:30 am.
​Book of Genesis 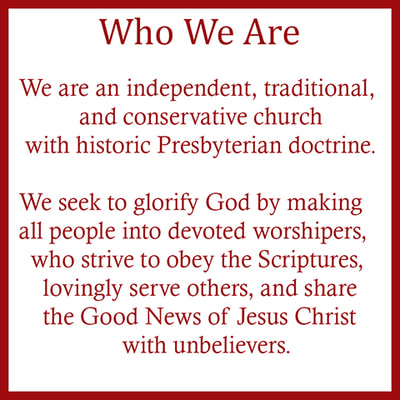 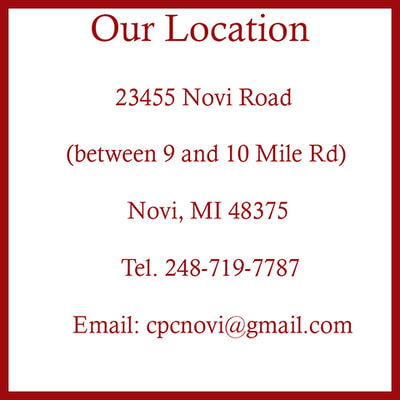 Our Mission
The mission of the church is to bring glory to God by making all people into fully devoted worshipers of the Triune God.  Our all encompassing objective is to know Christ and to make Him known. This is the purpose of the church.
People who share this mission have five characteristics:
1.  They confess Jesus as the Son of God and Savior of sinners.
2.  They publicly unite with the Church through baptism.
3.  They seek to obey the Scripture in all areas of life.
4.  They lovingly serve others in Jesus’ name.
5.  They share the good news about Jesus with unbelievers.
Online and In Person Service starts at 10:30 am on Sunday
​Facebook: Online Service previous sermons
YouTube: Online Service
In Person Service:
Title:  The One of First Importance, Part 2 (Sermon, Elder Kelly Rende)
Bulletin:  Order of Service - October 02, 2022.
Heidelberg Catechism. ​
Q.80. How does the Lord’s Supper differ from the Roman Catholic Mass?
​A. The Lord’s supper declares to us that our sins have been completely forgiven through the one sacrifice of Jesus Christ which he himself finished on the cross once for all. It also declares to us that the Holy Spirit grafts us into Christ, who with his very body is now in heaven at the right hand of the Father where he want us to worship him. (continued next week.) 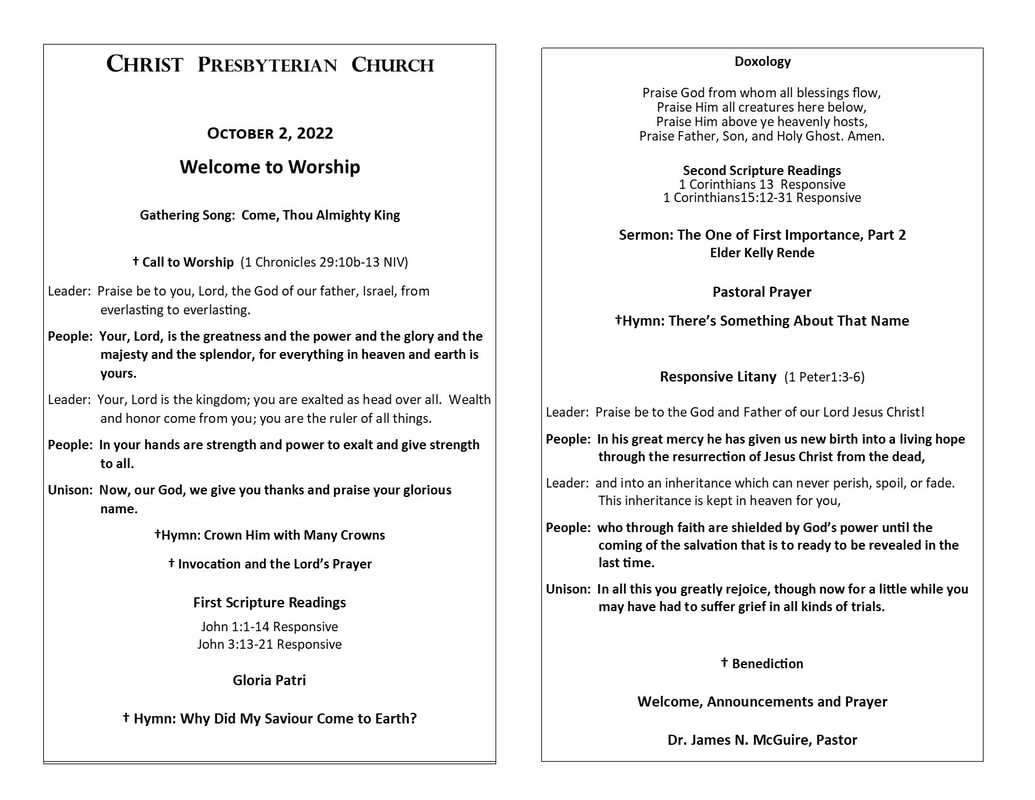 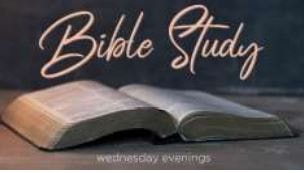 Please speak with Judy Dellinger if you would like a guide for the Bible Study.
"Images of Christ" In Person Bible Study
​
Call Elaine Clay to be added on the email list to receive a Zoom link each week.
"Genesis"
​
​Help with cleaning the church is needed.

​If you can help once a week or every other week it would be so much appreciated. Jobs mainly involve dusting and vacuuming various rooms.
Please let Beverly Thompson know; she can tell you what is needed and how to do it safely.
Mailing your giving envelopes
​Giving envelopes can be mailed to the church or to Dr. McGuire's home.
​Please place giving envelope inside regular envelope for safe delivery.​
​Church is located in Novi Michigan   -   23455 Novi Road, Novi MI 48375
Remember to pray for all of our church members, some of whom are reluctant to come to our worship service. We miss them and pray that they will remain well.

​Persecution Escalates in India as 30 Christians Jailed 06/02/2022 India (International Christian Concern) – At least 30 Christians in India were imprisoned in May within the state of Uttar Pradesh alone including 20 in the last week. Authorities justified these arrests by filing charges of forced conversion. In many of these cases, the arrested Christians were victims of other types of persecution. A grueling incident occurred May 31 when a mob of radicals broke into the home of a local pastor who was praying with his family. The intruders proceeded to beat him, drag him from the home, and assault him before handing him over to police. The police arrested and imprisoned him and turned a blind eye to the egregious assault against the pastor. The police filed a First Information Report (FIR) which charged him with deliberate and malicious acts against another religion. The anti -conversion laws adopted in 11 Indian states are often weaponized against Christians, allowing authorities to jail them with little regard for due process. “We have arrived at a critical juncture, where practicing faith of our choice is equated as crime and punished accordingly,” said a local Christian leader, who spoke with ICC about the current crackdown against churches in Uttar Pradesh. “We need to be alert and prepared to face the challenge; almost every pastor and leader is targeted in UP. These are the testing times.” In a separate incident, a group of 7 -10 young radicals interrupted a Sunday service on May 29. An eyewitness reported that a group of youths had invaded the community ’s church hall, where 40 Christians were praying and worshiping. The radicals began recording videos and harassing the congregation. The mob stole the pastor ’s Bible and shoved him to the ground. Again, the police pursued no action against the perpetrators. They instead arrested the church ’s pastor and filed a First Information Report against him. “We are scared to even conducting small group prayers even that can be framed as forcible conversions,” a house church pastor told ICC. “Our lives are in danger, as Christian identity could put us behind the bars, we don’t see any way out, only God should intervene.” The rise in persecution in India has been highly disturbing to the Christian community, and many are concerned for the future of Christians in the country. President of International Christian Concern said, “India ’s anti - conversion laws are not a means to protect religious freedom, but rather a mechanism for the government to oppress and punish religious minorities. Our Indian brothers and sisters are facing increased levels of persecution since the adoption of these laws in 11 states. India claims to be the world ’s largest democracy, yet shamelessly violates human rights. We pray for the continued resilience of the Indian Church and for the injustice to come to an end. 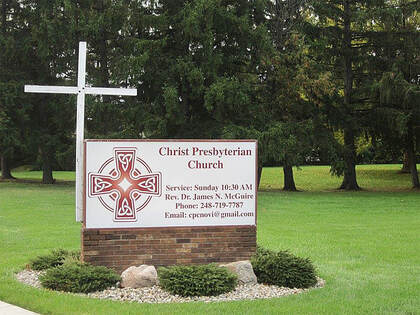